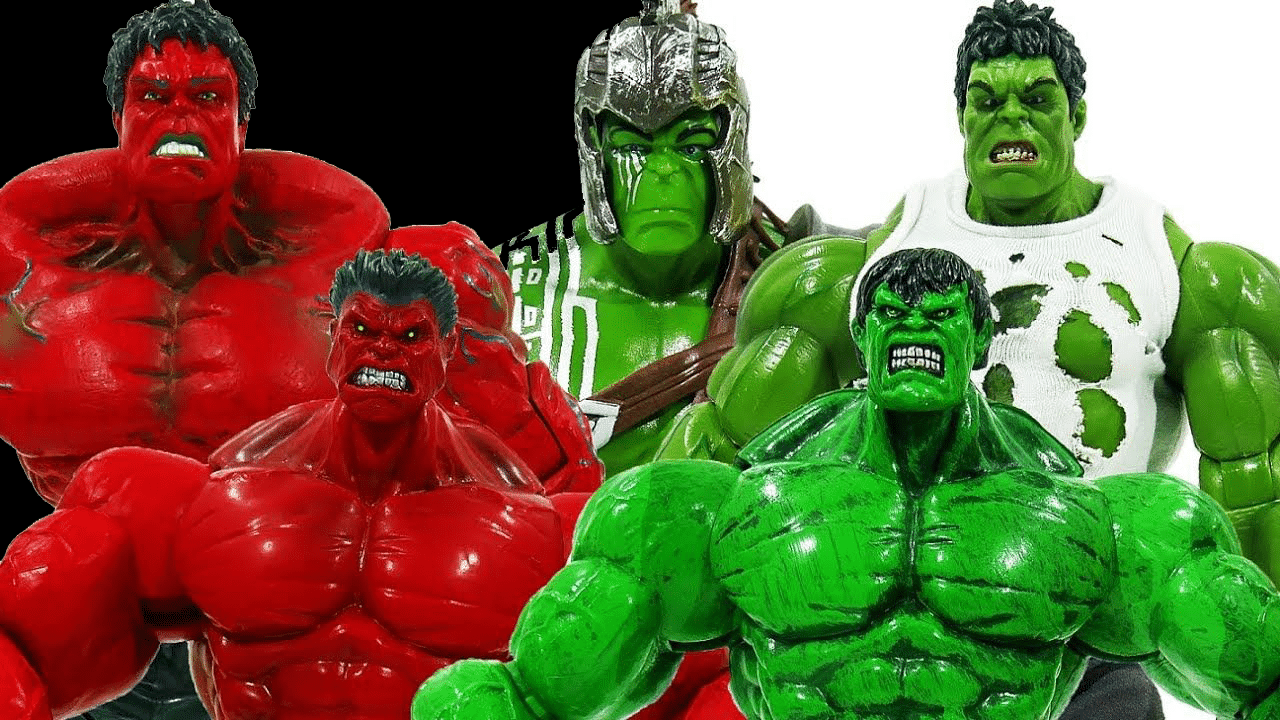 Hulk toys are as incredible as they look. Hulk is one of the most favorite characters of kids after Spongebob. Many toy companies are manufacturing Hulk toys after the character became famous. Hulk toys are easy to carry, keen to have fun, and the most reliable to be used for a longer time. We have researched a lot of Hulk Action Figures and prepared a list of the best we got right here in this article.

These 10-inch mega mighties are super cool to hit the bad guys at a good spot. The specific articulation of waist, head, and arms makes them way handier. The flexible arrangement makes it far easy for the kids to reshape them at their desired posture. They allow the kids to polish their imagination, and this mere game and playing with toys can become far more than just having fun with the mighties.

Inspired by the actual design in the movie, this 12-inch hulk is not just slightly bigger than the previous hulk but also has got some additional features to serve. It has a titan hero power FX connection port, which in connection with the FX pack radiates sound and various phrases. What’s better than fighting with bad guys with some heroic phrases and sounds buzzing around? It enhances enjoyment. If you are a true hulk fan, then go for this Hulk Action Figurine.

A big guy with an exclusive fist smashing feature coupled with two other accessories, undoubtedly makes it one of the most fantastic hulk toys. When coupled with an electronic Thor figure, it also emits battle sounds and phrases. A strong fist, some useful accessories, and awesome music in the background are indeed enough to beat the enemy easily. Indeed, this is one of the most incredible hulk toys on our list. It is the best talking hulk toy you can get for your kid.

Well, if kids want to play a role in the battle, it’s high time to buy this helicopter kit and play a part against Chitauri and leviathan. The kit offers an action figure, a helicopter studied with shooters, enemies, and a shooting flyer, power blasts for active play, and four collectible infinity stones. These accessories indeed make it a must-have hulk toy. Grab this kit to be equipped with these tools and have a thrilling game.

Yes, it’s time for the kids to create their own avengers compound. This set offers a double-storeyed office, laser beam, loaded shooters, iron man, ant-man, captain marvel, nebula, helicopter, an off-road car, and guess what along with so many other things, Thanos is also here to build your avenger empire. Now kids can recreate all of their favorite scenes, can alter the settings, and make anything out of this set.  After all, this 699 piece building set is their world, and they can do whatever they want.

How can you beat the enemy without having a war machine? Sounds funny, right. So to win it, you need the war machines, and here they are in this very kit. This 362 pieces kit has an opening cockpit, mini shooters, missiles, gripping hands, and battle outriders. A war machine, an ant-man, outriders, and a team outfit decoration make it one of the most favorite ones among the lot. It is one of the best action figures to gift someone on their birthday.

Hey Thanos lovers, you are at the right spot. It’s time to hit the right toy and be the soldier of Thanos army. This Thanos mech is here to amaze you with its breastplate, powerful infinity gauntlet, and six infinity stones. Kids may assemble their part to give it the desired posture. This mech ignites the imagination, excitement, and ensures a lot of fun. Indeed this mini Thanos has a lot more than its size to offer.

So, guys, these were some of the most spectacular hulk action figure toys. Don’t forget to tell us who won the battle when you used them against your enemy on the battlefield.